“Trouble In Paradise” is a film that on its surface is entertaining, stylish and very humorous, but from my very first viewing I could tell it was so much more than just this. It is a wonderful piece of filmmaking.

At its core, Trouble In Paradise is centered on two crooks, a man and a woman, who meet while trying to scam one another. They fall in love and decide to work together in steeling and robbing, kind of a soft-core Bonnie and Clyde. 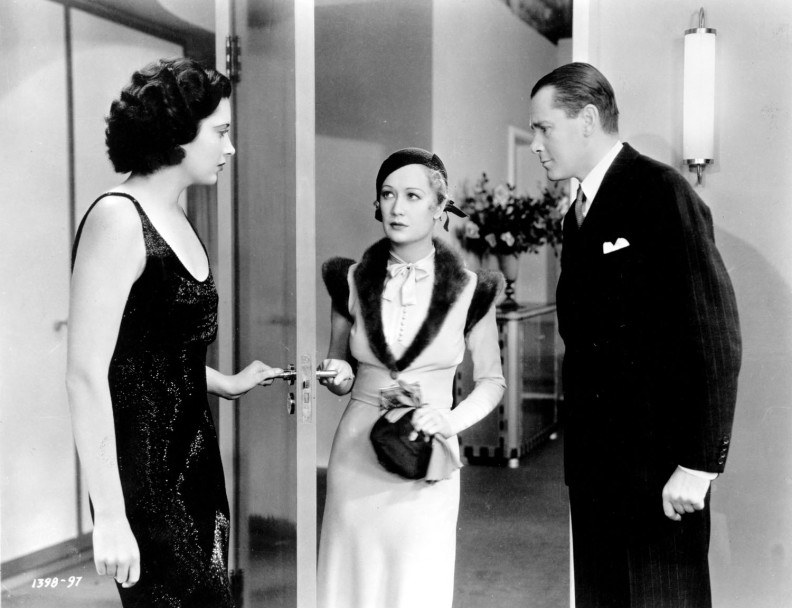 The film has some brilliant set pieces in the form of very silly situations. This would be difficult for many films to pull off, but here Lubitsch directs so perfectly that even the most random of situations grow to be comedy genius. One element that sticks out to me happens between the the main characters. As they are crooks, they are constantly stealing things throughout the film, as well as stealing things from each other. It almost grows into a competition to see who can steal the most without the other person noticing. It is very funny to see.

The film says much about money and greed. It questions a natural human greed and how it can be stopped and beaten by a higher emotion in love.

I personally love not only the comedy in the film but its story and a very high amount of tension towards the end of the film. Even though this film is primarily a comedy. It possesses  high story telling skill and I think it deserves to be seen because of this. It is a very short film (83 min) but it will leave a lasting impact on you, and for it’s duration you will be very entertained.

One Reply to “Trouble In Paradise (Short View) – Ernst Lubitsch”