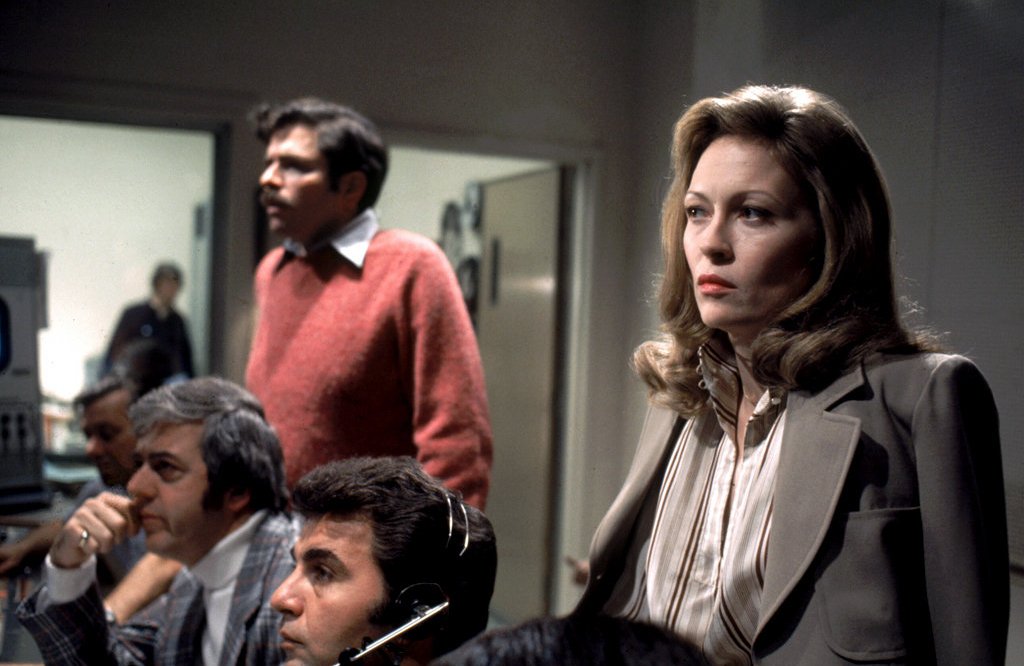 I recently wrote an essay regarding political representations of TV news in film by comparing Network (1976) with Christine (2016). The essay focuses on the political ideology of TV news, attempting to work out what value such media holds in communatating truths to mass audiences, while asking if this is even possible when situated within a deep and embeded ideological structure.

Take a look at my essay thesis below, and, if interested, click the link at the bottom of this page to read the entire piece.

Keep engaged in film viewing, theory, and criticism. Cinema is one of the most important arts of expression we have at our disposal… in times such as the modern age, never forget that!

In this essay, I shall examine the political critiques of Network and Christine, focusing on the aesthetic qualities and thematic content of each. The films map an important shift in the style of TV news, each suggesting and predicting the possible birth of what would later be known as ‘fake news’. What right do these fictional films hold in uncovering truth? Does the message of their content undermine their own authority? Or is the cinema situated within a unique position to reflect and uncover deeper truths more objectively than the formulated and inherently ideological world of network TV news broadcasts?

3 Replies to “In Living Colour: American Broadcast News on Film”