Harold Crick (Will Ferrell) is an IRS auditor who leads a punctual but uneventful life – until one day he is interrupted by a disembodied omniscient narrator who makes him realise that he is merely a character in a story and changes everything.

Stranger than Fiction takes itself to a rare metafictional level in many different ways, commenting on both literature and film, and really any kind of narrative that we are bound to in life. Instead of seamlessly and invisibly merging the different levels of storytelling like regular films do, it is very clear about what it is – and what it is not. It starts right away with an unnatural representation of Harold’s life: a meta level is literally put as a layer on top of the in-storyworld representation when the narrator elaborates on his habits. In that way, the visuals already show that something is a little off – but the real deal comes through when the two worlds merge completely. Harold, minding his own business, suddenly becomes aware of the narration, and although character and narrator do not interact directly, they do influence one another and continue to do so throughout the movie.

It is funny, it is brilliant, and it is truthful about life: this comedy-drama with a cute little love twist is exactly what it claims to be, stranger than fiction. The hypermedial double-layering of the story constantly brings the viewer back to the fact that it is fiction, oddly fighting against the feeling of immersion that most films try to invoke – but indeed, it is fiction within fiction within fiction, and it is very open about it. 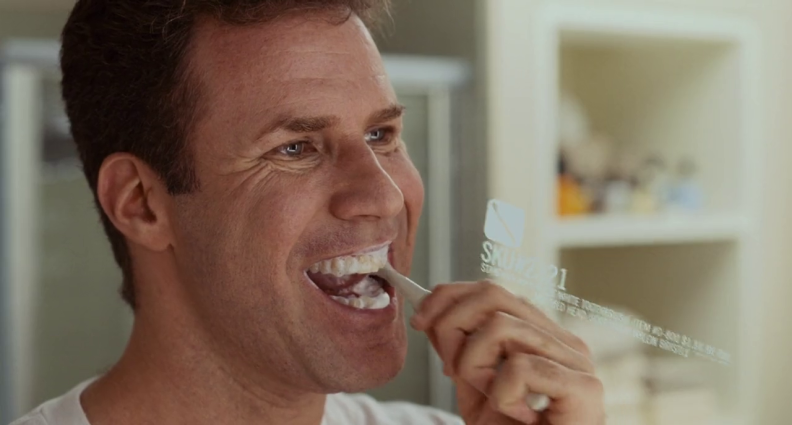 Aside from the visual department, the storyline constantly emphasises this as well in the character of literature professor Jules Hilbert, played magnificently by Dustin Hoffman, who is trying to find out how to relate Harold’s problem to literary criticism in order to determine the most likely outcome of the story. This leads even to the point where Harold tries to figure out, through little comments and actions in his everyday life, what type of narration he is caught in during his interaction with the baker Ana Pascal, whom he has to audit for his job. It can hardly get more ‘meta’ than that, can it?

It can. Departing from the deepest level of the story, the film goes on to cover the life and work of the author Karen Eiffel (Emma Thompson), who is stuck in a terrible writer’s block that her assistant tries to help her with. She desperately tries to get a feeling for her character’s situation, resorting to quite some strange methods to figure out how to, eventually – kill him off.

Let’s take a step back from the storyline and have a look at the performance part of the film. Without question, the cast consists of brilliant actors like Dustin Hoffman and Emma Thompson who create deep, round, and true-to-life characters in all their tiny weird facets. It is quite amazing how Will Ferrell manages to portray Harold in such a sterile, depressing but not necessarily depressed, restrained character whose every movement is exactly timed to the rhythm of his watch. It is not surprising that the movie has been nominated for several awards and won for example the NBR Award for Best Original Screenplay; it really is something original and different from anything I’ve seen before. 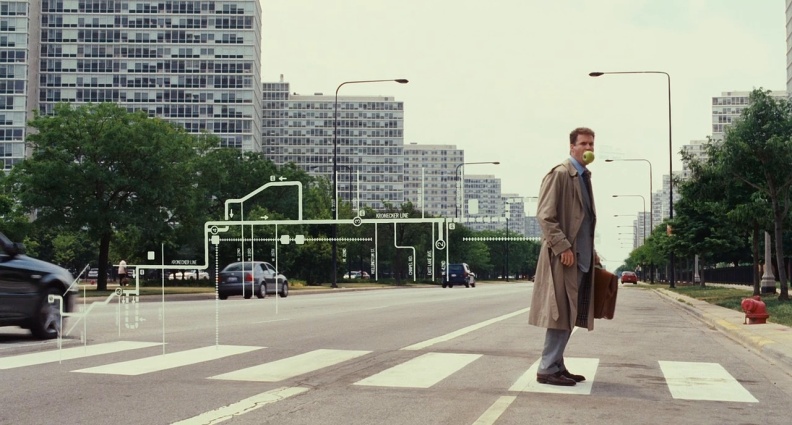 Stranger than Fiction is a brilliant piece of art that I would assume is especially entertaining for students of literature and film, or anyone really with a deeper interest in narrative. But although on the surface it is about fiction, on the inside it is also about life – about us.

Because what would you do if you found out your life is merely a story written by someone else – a story that has to end some day, in one way or another? What would you do different about your life, yourself, your ambitions, your relationships? Harold has to find out the hard way – but it’s a thought experiment that everyone should entertain once in a while to remind ourselves that we should never take anything granted.

Have you seen Stranger than Fiction? What did you think? Please tell us your thoughts here at A World Of Film. Also, if you are interested in writing for us, send a message and an example of your writing to aworldoffilm@outlook.com