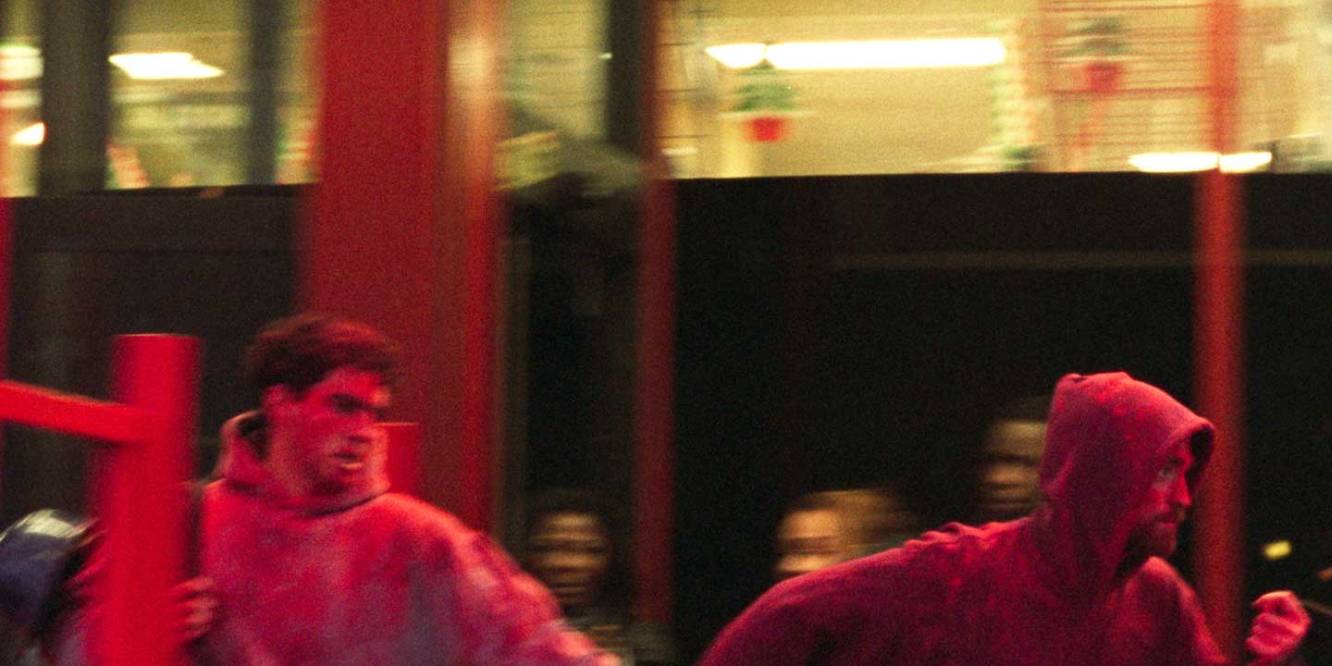 Good Time is a dark, grimy, and aggressive film filled with horrible people out for one thing and one thing only … themselves. The film has little heart, zero hope, and next to no sense of consequence or redemption for anyone. Yet, I have to say that I was fascinated at every minute of its welcomingly short screen time.

To say that I ‘enjoyed’ Good Time, wouldn’t be appropriate, but rather I was mesmerised in the same way that we often enjoy reading about true crime stories or noted serial killers. Its narrative is simple enough; brothers Nick and Connie rob a New York City bank, the robbery goes wrong, Nick is arrested and placed in jail, Connie spends the course of one night trying to free him, but things go from bad to very much worse.

Made by another brother paring, Ben and Josh Safdie, Good Time holds an electrical and energetic aesthetic in the vain of Scorsese’s early work, or even the more recent work of Gasper Noé in Enter the Void or Irréversible. The film is characterised by its night-time setting, its lack of daylight, and its artificial multicoloured neon haze that seems to haunt the film at every opportunity. Good Time is also the home to a lingering synthesiser soundtrack that glazes the entire film with a seemingly never-ending sense of unease and vulnerability, slowly tightening its uncanny grip on the senses. The film also feels alien, it wanders through homes, hospital corridors, and empty sidewalks as though exploring an alternative life form from another planet. For the most part, its aesthetic holds an unsympathetic view of people, that is, until right at the end, when the film flips, and suddenly seems to make up its mind on how to view and understand these troubled and difficult creatures.

Let’s talk about Robert Pattinson. If you’ve seen The Rover, Cosmopolis, or even The Lost city of Z, then you will already know that he’s actually a very dynamic actor who isn’t afraid to portray absolute monsters on-screen. Gone seem the days of the Twilight heartthrob. Pattinson in Good Time plays a rough and shabby criminal with a potty mouth, a bad attitude, and not a care in the world for anyone. His character, Connie Kikas, attempts on multiple occasions to dig himself from an ever-deepening hole of lies and violence, using anyone and anything to his advantage. Yes, the main character of the film is a monster, but he’s fascinating to watch in the same way that Jake LaMotta from Raging Ball is … though personally, I’d stay well away from both. This, combined with the films eerie aesthetic, makes for a riveting watch, one that’s part surreal dream, and part prolonged panic attack.

Good Time is an early career film from the Safdie brothers, who are absolutely filmmakers to watch out for. Good Time may not be to everyone’s liking, but with that said, it’s one hell of a cinematic ride.